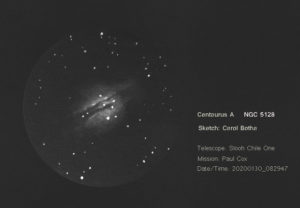 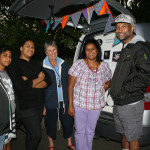 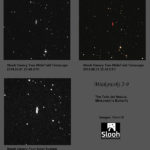 My heart was beating when I opened my missions this morning. The angels had been kind. PN M2-9 must count as one of the most exciting observations I’ve ever made. Look at that central system and hint of varying shades in the wings.

First I have to give huge thanks to Slooh astronomer member JeffreyP.2019 for booking a mission to this object.
The name Minkowski’s Butterfly immediately caught my attention while I was reserving missions to Comet C/2018 W2 (Africano). I got on board immediately and piggybacked two missions to PN M 2-9 expecting to see a clone of the magnificent Hubble image.
I scrutinised the images for hours but could not find a clear indication of a butterfly.

In some forums guys were reporting observations of being able to see this object through 12″ telescopes, some obviously trying OIII and other filters. Quite apprehensive and not wanting to make a fool of myself, I ran two of my own missions last night, one on T2 and one on T4.

For those who, like me, have never seen this bipolar planetary nebula: What we are seeing is the last gasp of a binary star system.
“The two stars at the heart of the nebula circle one another roughly every 100 years. This rotation not only creates the wings of the butterfly and the two jets, it also allows the white dwarf to strip gas from its larger companion, which then forms a large disc of material around the stars, extending out as far as 15 times the orbit of Pluto!” (so it says in Astronomy Now Aug 2015)

Obviously a bipolar system is much more complex and I will definitely be delving into the science behind PN M 2-9 and booking more missions on Slooh to spread the wings of this butterfly.