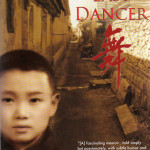 Most days the post in my postbox is just the predictable, boring, paper-wasting stuff with occasionally something a bit more exciting like MNASSA or the Betty’s Bay Buzz but once in a blue moon there is the extremely rare, written letter or postcard but the biggest thrill is that little white slip that reads: collect at counter….. While waiting in the long queue I dream of all the possibilities.
One day out of the blue a parcel arrived from a Mr Andrew from Taiwan. I could not wait to see what was inside. I turned the first pages of a brand new book and my routine changed dramatically. By eight every evening I was tucked in bed engrossed in  the fascinating storie of a young Chinese peasant boy’s determination to become one of the world’s best dancers. Li Cunxin was to become Mao’s Last Dancer.

Li Cunxin, pronounced “Lee Schwin Sing” has had an extraordinary life. In his autobiography, Mao’ s Last Dancer, he tells his remarkable story.
Li was born into extreme poverty in a rural village Quingdao in China. It was almost by chance that he was chosen to study ballet and serve Chairman Mao’s revolution at the age of eleven. At Madame Mao’s Beijing Dance Academy he went through seven years of harsh training .The first year was the worst for he longed for his family and cried himself to sleep most nights but eventually his sorrow was replaced by a growing passion for ballet and he put heart and soul into his dancing.

Li’s story tells of profound political change from the turbulent times during Mao Zedong’s rule to the gradual “opening” of communist China under leadership of  Deng Xiaoping.  The USA and China embarked on a cultural exchange programme.

An event occurred that would change Li’s life forever. Officials from the Ministry of Culture  announced that Ben Stevenson, a well known teacher, choreographer and  Artistic Director of the Houston Ballet, who was part of the very first cultural delegation to China, would teach two master classes at the Beijing Dance Academy. He awarded two scholarships for his summer school at Houston Ballet Academy in Texas. One went to Li Cunxin. Through a series of incredible events and having to pay a painful price, Li Cunxin  would eventually fulfill his dream.

The movie, Mao’s Last Dancer, directed by Bruce Beresford, was first premiered at the prestigious Toronto International Film Festival between September 10th and 14th of 2009 as a Special Presentation film. Then there followed four gala premiers in Australia to benefit the Australian Ballet and the Bionic Ear Institute, which are the two non-profit organizations that Li supports and is involved with.