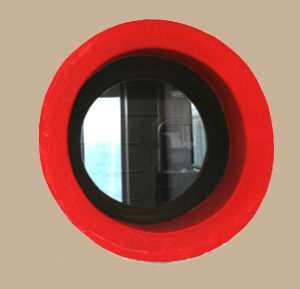 Some lateral thinking resulted in one of my most memorable experiences.

I needed to get to Fish Hoek. In my case the obvious mode of transport would have been by my ‘anti-hijack/theft’ vehicle, our 1970 lefty VW Beetle but it was needed at home.
My telescope transporter, the VW Caddy, could have become a target as overnight parking was to be on a curbside.

The planning of this excursion was leaning strongly in the direction of adventure especially when my thoughts jumped to: train!

We all did the train thing during the Soccer World Cup, why not again in just less than a year later?

My overnight bag was given considerable thought. Clothes and toothbrush were necessities and basic camera equipment unquestionable. I decided on no free advertising for Canon, Lowepro or Manfrotto and opted for a ‘street-stroller’ backpack with a proudly South African label.

Some things were less easy to camouflage -the white skin and a dead give-away that spelled old lady, my grey hair. I could have tried an Andy MacDowell make-over but then, what about the legs and the..no, I had to remain focussed.
Looking back though, I wonder why I had not thought of a hoody..

I would just walk the walk and talk the talk.

Few knew of the plan. To pull this off, I needed only positive input and no rundowns of South African crime statistics – especially no horror stories about the state of the South African Railways.

My husband saw me off at Oostersee Station (the “softer” alternative to the Main Line stations). He was extremely excited about his wife boarding the express train from Malmesbury, which was being pulled by a diesel locomotive but then had serious doubts when he saw the coaches, all packed to capacity. I jumped in before the love of my life could say: NO WAY.

No one took much notice of me, the very obvious odd one out. One younger lady offered me her seat. I said I was fine! Standing was no big deal. I did not have to hang on to anything for support as I was squashed in a very correct upright posture, secured from all sides. Three stations later, a seat became available. Being minus ticket (Oostersee ticket office had not opened yet) was no worry. From World Cup Soccer experience I knew about the post journey ticket booth on platform 22 at Cape Town Station.

As the train was speeding along, I noticed the slow-crawling traffic on the N1 all the way back to the Goodwood off-ramp. Most cars had only one occupant. I did a little arithmetic and came to the conclusion that one train length x three lanes of vehicles, were transporting only about forty eight passengers.

I pushed the push, shoved the shove and jostled the jostle with the rush hour folk.

Due to line maintenance on the Simonstown line, my all-stations, first class (as advised) ticket luckily took me as far as Fish Hoek.  By the way, all coaches on the southern suburbs line are identical and have no ‘class’ distinction. You pay the extra fee and pretend to be in first class.

All the while, I wished that I could expose my camera but would the lady, clearly postpartum, struggling onto the train at Mowbray, holding her little son’s hand while her husband carried a new little bundle, have appreciated the intrusion?

Did the student with the Apple laptop need a grey haired lady taking pics, on top of the fact that a hobo-looking guy was hanging over his shoulder, co-reading his emails?

As the train approached Muizenberg, the beauty of nature enveloped my senses and dispelled my pre-programmed fear. I assessed my situation in a blink,what the hell, out came the camera but I was not quick enough to shoot Muizenberg’s stretch of beach and wild waves dotted with surfers.

With adrenaline rushing, I tried to keep my balance as the train picked up speed and jolted to a halt at each station. I felt the fine spray of the sea against my skin while recording my wild ride to Fish Hoek in continuous shooting mode and forgot about being mugged and all the rest.

As the train came to a halt at Fish Hoek station, my camera went back into its hideaway in my ‘street- stroller’ backpack with the proudly South African flag. I was just a regular commuter. My youthful exhilaration crept back into the protection of my soul as the inspector at the check-out stamped my ticket. I had done it.

For most South Africans, going by train is just an everyday routine and a necessary means of getting from A to B. For me it was an extreme adventure.When I wrote this I promised myself that I would take more train rides to Fish Hoek and maybe include the route to Simonstown as well.

I may not get around to doing this one but I hope I will always feel these sudden urge to take a walk on the wild side. 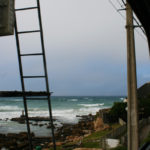 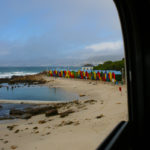 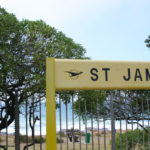 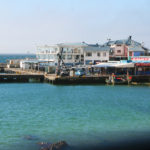 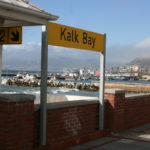 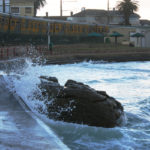 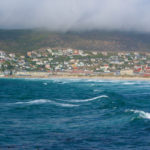