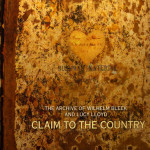 A few years ago I was asked to illustrate Bushman folklore as an extension to my astronomy activities. I soon discovered that trying to imitate Bushman drawings and paintings was not as easy as one might think.My son’s advice was that I slaughter an animal and go searching for just the right stick to dip in its blood. From further research I also found out that I would have to smoke certain substances and do foot stomping around a fire in order to reach a trance-like state and then only if I had been ordained as a shaman I would be able to project my visions of enlightenment on a suitable rock face.

I decided to approach the task with a digital camera, pencil sketches, colour kokis and computer editing. My first line of reference was a paper published by A.Slotegraaf (ASSA) and W.P.Koorts(SAAO) in MNASSA 65(7&8) 104 on the Xam astronomical references in G R von Wielligh’s Boesman-Stories.

During further research names like Wilhelm Bleek, Lucy Lloyd, David Lewis-Williams, and Pippa Skotnes became familiar. However I only became aware that a magnificent book, Claim to the Country by Pippa Skotnes had been launched in 2007 while on a visit to our local library where it was being displayed on the “New in the Library” shelf.
I booked it at once. My first impression of the book was its weight which was quite a factor as that day I had decided to walk to the library. Weight bearing exercise is good, I kept telling myself all the way home.
I looked at the cover. Claim to the Country -The archive of Wilhelm Bleek and Lucy Lloyd. I immediately sensed that this book was something most precious and it felt as though I needed permission to read it. I wondered whether the library staff had not mistakenly put this book in the lending library instead of in the reference section.
In her introduction Pippa Skotnes writes:

“This book is the result of a twenty-year love affair with the archive. My intention has been to publish and index the major part of the archive. I have tried to present  the reader with something of the experience of being in the archive, of the physical presence of the documents, the shape of the pages, the colour and texture of their surfaces, the signs of use and age and fragility and the sheer volume of material it contains. To reveal how knowledge and understanding is never something that can be achieved alone, or just through one medium.To help better understand what it means for all of us that the people who lived in southern Africa long before any newer arrivals settled in the country, no longer survive through their language or culture or intellectual traditions. This book also tries to be a beautiful book.”

I must agree that this book is the one of the most beautiful academic books I have seen. Although I was able to borrow the copy from our library again and again, I decided to spare the heartache if I ever  had to see one page damaged and so Claim to the Country was placed number one on my wish list that Xmas.

(When you’re good your wishes come true – Claim to the Counrty now has its rightful place on my bookshelf!)